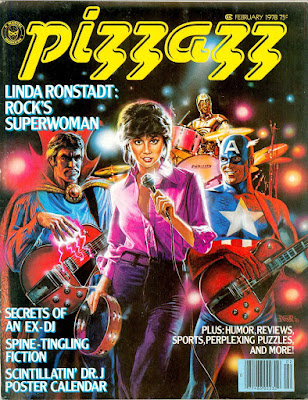 Now isn't that just the coolest cover ever? Linda Rondstadt backed by Dr. Strange on lead guitar with Captain America on bass and C-3PO on drums. Linda Rondstadt was the cover story for this issue and boy was she hot stuff in the '70s. Widely regarded one of the top stars of the decade, she was regularly alluded to as 'The Queen of Rock' with sell-out shows and chart topping albums. This year she is seventy. Just let that sink in for a while. 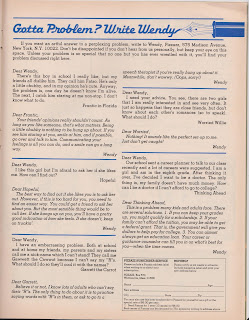 No teen mag is complete without an 'agony aunt' column and some of the old ones can be pretty hilarious. In Pizzazz's case it's 'Write Wendy' who, when contacted by a kid who's two-timing a pair of girls actually tells him its the perfect set up and not to get caught! I have a feeling 'Wendy' isn't taking her duties all that seriously here. I also have a feeling this agony 'aunt' is actually and agony uncle.

Anyway, on to the Star Wars strip. Luke and Leia have found some sort of Mayan style temple and the Empire is hot on their heels. In true Scooby-Doo fashion, Threepio inadvertently gets them out of the scrape. 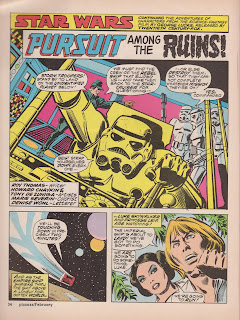 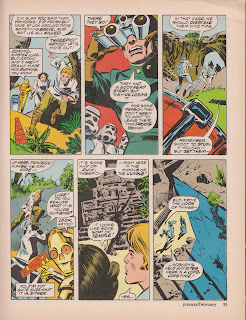 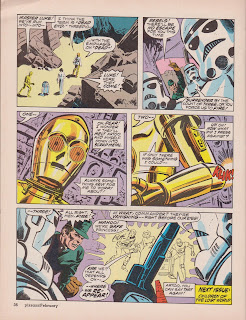 A few choice advertisements here, including one for Peter Pan book and records for such decade stalwarts as Kojak and the Six Million Dollar Man. Also a nifty CB set for kids (the late '70s was when this was a massive craze) and a 'logic' computer game form MB which, although wonderfully retro, would likely have bored me to tears. 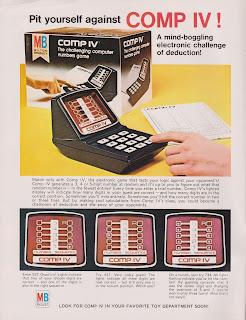 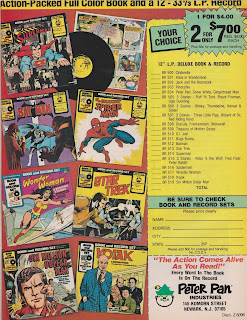 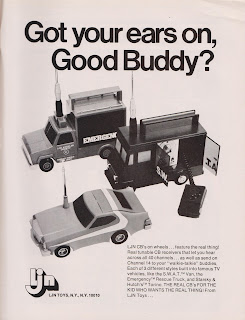