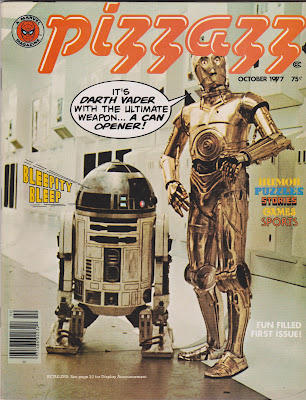 One of my favorite things to collect is issues of Pizzazz magazine. I only have two but I love this little window into pop culture of the late 70s. Published by Marvel, the magazine was aimed at younger readers and every issue has some sort of Star Wars content, be it articles or advertisements. It also ran a monthly Star Wars comic strip wholly separate from Marvel's regular Star Wars comic books. 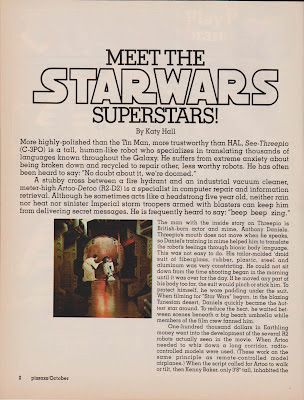 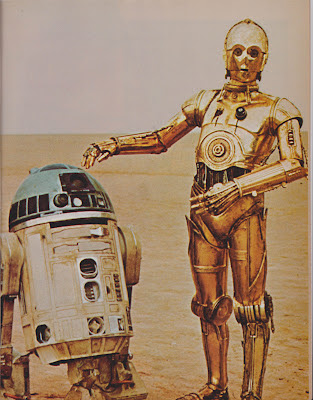 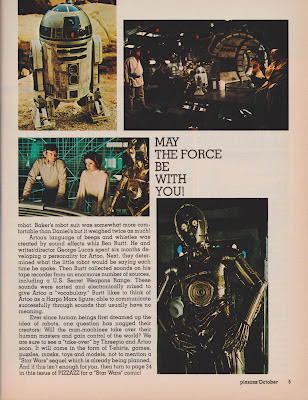 Focusing on the droids of Star Wars, Pizzazz's first article hints at a sequel and the bombardment of merchandise which was only just beginning by October 1977. 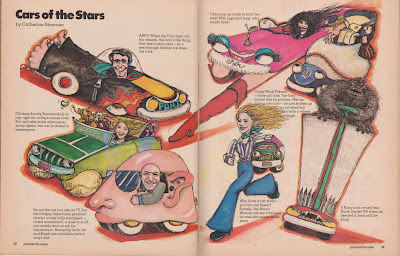 Pizzazz regularly did daft stuff like the above. Still, it reminds us which celebrities were the most talked about at the time. 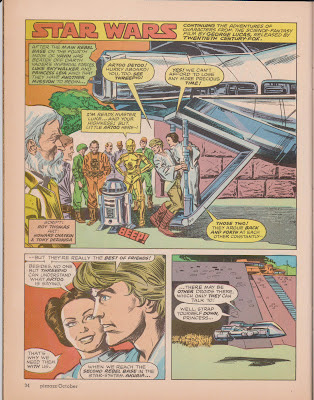 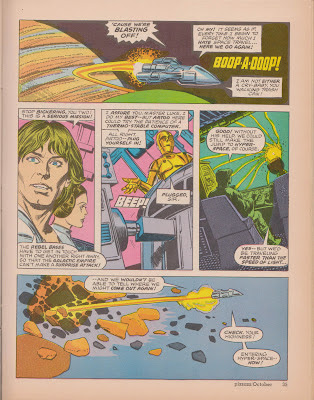 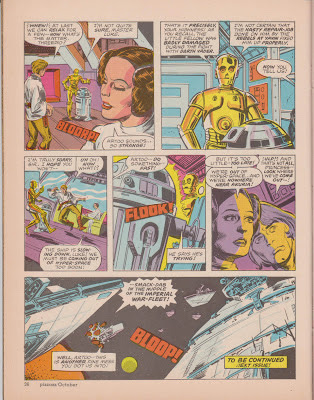 The first installment of the comic strip series is pretty ho-hum for anybody familiar with Marvel's regular Star Wars run and it could have been the beginning of just about any of the several story arcs in the comic books. But it could go anywhere and I'm intrigued to see how it will unfold as this story is totally new to me. 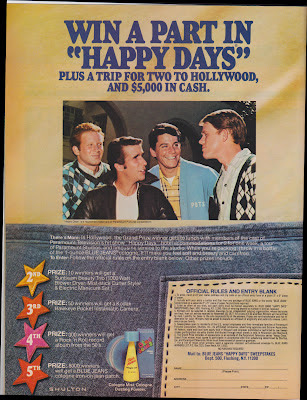 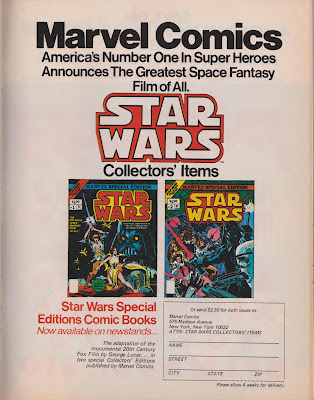 This advertisement reminded me of those special edition anthologies of the comic books which I'll also need to track down at some point. 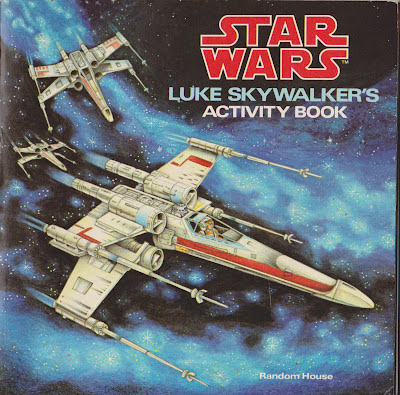 Another cute little entry in this series of things to do and make. 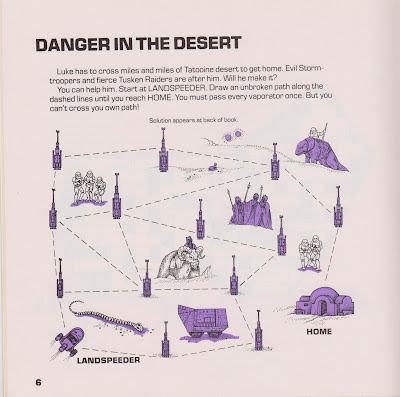 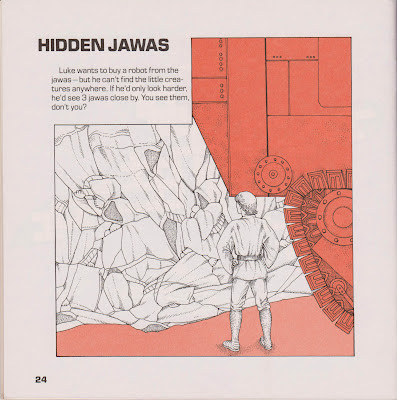 The model instructions are by far the most impressive things about these books.