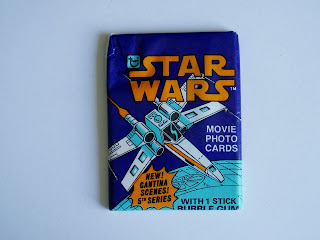 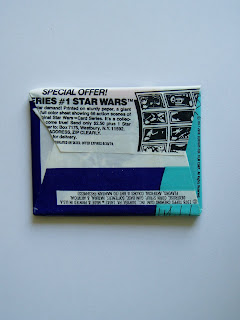 I had no idea that some of these packs of trading cards were still around in unopened state until recently. They seem to pop up on ebay all the time at quite low prices so I guess there's still a few kicking around. I've even seen those large cardboard multi-pack boxes that stores would have displayed a few times.

I haven't started collecting the individual cards sets that Topps put out back in the day, but I couldn't resist picking up this little preserved gem. It even has a stick of 33 year old gum inside. Series 5 was the last set released and was the ones with the orange border as seen below.