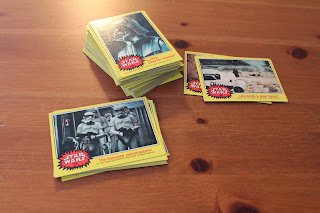 I seem to be collecting these in order, however inadvertently. Series 3 had the yellow borders. 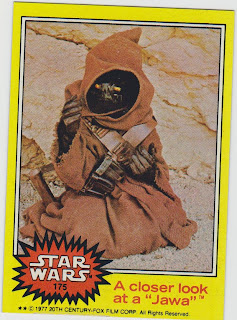 Interesting look at a Jawa here, showing the electrical set up under the hood which make the eyes glow. Not sure if this is a behind the scenes shot or not. 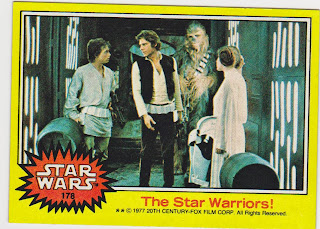 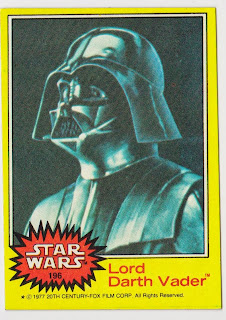 Topps had dispensed with the 'Movie Facts' by this time and the backs all had 'Official Descriptions' of everything from characters to ships to lightsabers and the force. 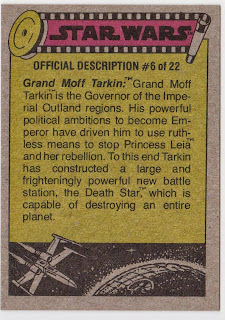 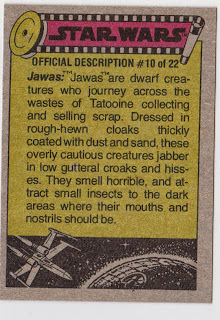 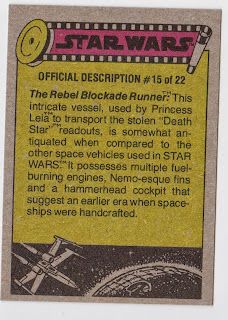 As usual, there were two puzzles which I have dutifully put together. One is the famous shot of the three heroes and the other a more random scene of the droids and a rebel mechanic or whatever he is in the hanger on Yavin. This image was also used on one of the cards in this set. 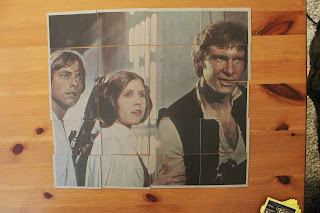 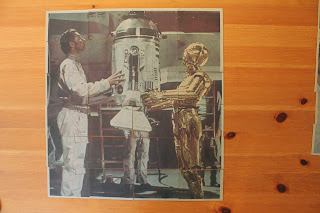