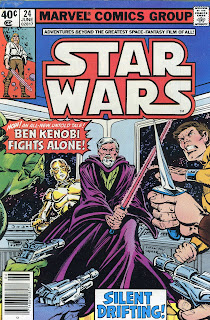 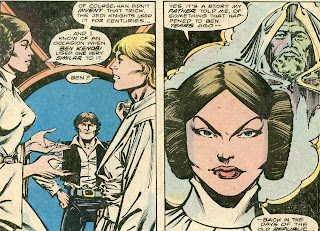 This one's an interesting issue. After telling of Luke's pre-movie adventures, Marvel went and told a story of Ben Kenobi's past during the time of the Old Republic. The whole tale is framed by Leia telling a story to Han and Luke after Han successfully blasts a couple of TIE Fighters by luring them in with a false explosion.

The story takes place aboard a pleasure cruiser. One of the passengers is Jedi Knight Obi-Wan Kenobi en route to meet his old friend Bail Organa. It's great to see an early interpretation of the Jedi Knights. Ben seems to be wearing a military style uniform rather than his Jedi robes. I guess back then everybody just assumed that Ben's clothes in the movie were just his desert hermit garbs rather than an extension of what he was wearing 20 years previously. I know I was surprised when the prequels came along that all the Jedi were dressed up like Tatooine hermits.

Nice one-liner, Ben! I can totally see the Ewan McGregor version of the character pulling this stunt off. Even the Alec Guinness version possessed some of that cheeky humour so I think Marvel interpreted a younger Obi-Wan perfectly. After teaching the above scumbag some manners, Kenobi is approached by another villainous looking fellow and offered a share in a partner ship. Tagging the man as a slaver and smuggler, Kenobi declines. 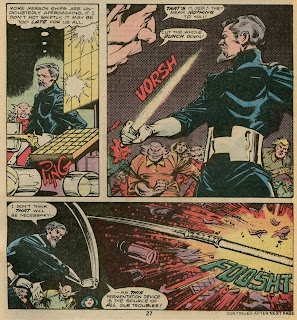 Trouble strikes when a group of 'Merson' ships attacks the cruiser. Kenobi is called to the bridge and takes command, using the force to detect the fighter ships and giving orders for the cannons to be fired, blasting them in turn.

Word reaches him that somebody aboard is sending signals to the Merson ships and upon heading back down to the bar, he finds the scumbag who approached him earlier being threatened by the rest of the passengers. Choosing to destroy the fermentation device as a distraction, Kenobi inadvertently knocks out the signal transmitter, thus saving the day.

None of this seems particularly like Han's evasion of the TIE Fighters, so I don't really know what Leia's point is here. I guess she just wanted an excuse to tell a good story. 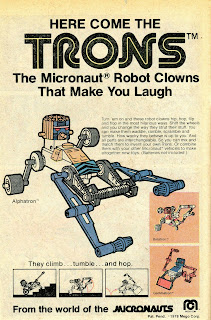 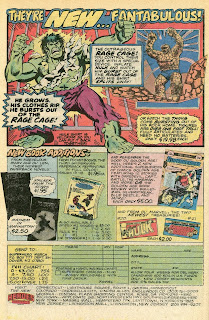 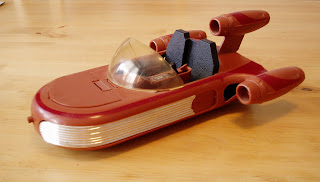 Check out this little beauty! Luke's landspeeder was one of the first wave of vehicles released alongside the original 12 figures in 1978 (the other two being the X-wing and TIE-fighter). Despite being slightly more brownish in colour than shown in the movie (I guess Kenner didn't think a pink toy would be much of a hot seller to young boys), this vehicle is surprisingly faithful and pretty much to scale. With all the cool Tatooine figures released at that time I can imagine that Kenner's landspeeder went trundling across many a shag carpet, knocking down Jawas, Stormtroopers and cantina scum with Luke and Ben behind the controls. 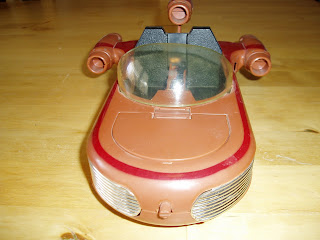 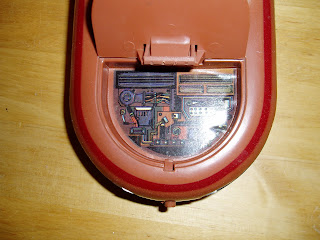 It's got some neat features too, like the pop-open hood which shows the engine and has room for some weapons to be stored. Also, the gear stick makes some spring loaded wheels pop down which causes the landspeeder to wobble about as if floating. It was often advertised showing R2-D2 and C-3PO sitting on the back as shown in the movie, but they would just slide off as soon as the landspeeder was given a playful shove unless their feet were fixed into the small pegs on the rear of the seats. 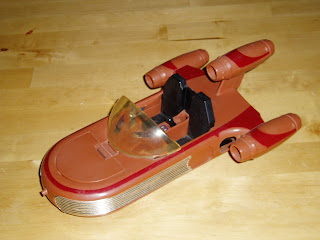 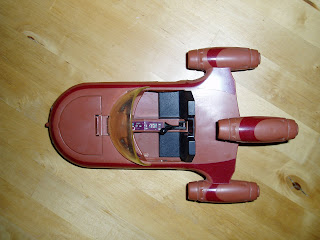 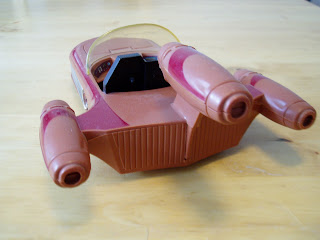 These aren't hard to pick up in decent, complete condition for low prices, but there are a few bits and pieces that can go missing over the years such as the dashboard stickers, hood, seats and windshield which has a tendency to yellow over time. 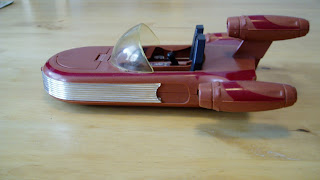 I don't have the box for mine, but here's what it looked like below. As far as I know the landspeeder was only released as part of the Star Wars line (and not repackaged for The Empire Strikes Back or Return of the Jedi). It was however re-released in 1984 along with a few other older vehicles as part of Kenner's 'Collector Series'. 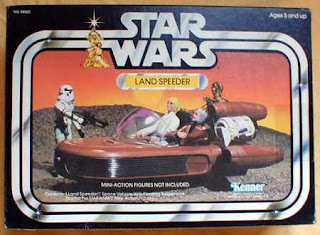 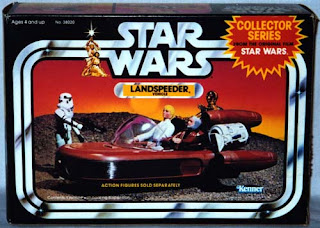 I set this blog up purely as a 'retro' showcase of stuff made over 30 years ago, so it was never going to be a 'latest news' type of blog. But every so often I get wind of a little snippet that, although only connected in a small way, hits all my geek buttons and I can't resist sharing.

www.starwars.com have recently revealed that an upcoming character in the current TV series The Clone Wars will be none other than original Star Wars villain; Grand Moff Tarkin! 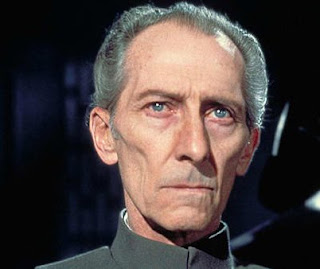 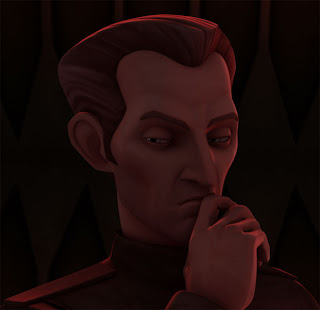 Now, The Clone Wars is a bit of a sticky point for most old school fans with many dismissing it as little more than an extension of the often derided prequel trilogy. Personally I think it's far better than that. Where the prequel trilogy got bogged down in politics and huge amounts of 'set up', a TV series has much more room to get back to what Star Wars was all about in the first place - swashbuckling, serialized adventures in outer space! Sure, it's all 'Anakin, Obi-wan and Ahsoka' rather than 'Luke, Han and Leia', but a lot more care seems to have been taken to cater to the fans by working in little bridges to the original trilogy such as this recent revelation.

It is not known what Tarkin will be up to in the series (although he seems to be going under the title of 'Captain Tarkin' so it looks like a promotion is on the horizon). I think the character has been terribly underused over the past three decades seeing as he was pretty much the main villain in Star Wars (the one 'holding Vader's leash' so to speak) so I'm glad he's getting a look in now. I honestly thought he would play a major part in the prequels, but was to be disappointed.
It probably won't happen, but I think it would be really cool for Tarkin to appear in a scene alongside Count Dooku, just for the excuse of reuniting Hammer veterans Christopher Lee and Peter Cushing on screen again. I know, I know; it's not really them, but you can see where I'm going with this right? 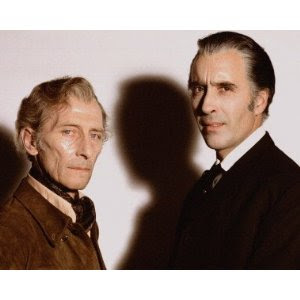