Some say that parody is the highest form of flattery. If this is true then Mad magazine must have really been kissing Star Wars' butt in its January 1978 issue. Their 7-page ribbing of the previous year's biggest blockbuster entitled 'Star Roars' makes all the gags you might expect (and have probably seen since countless times in the last 30+ years) and a few that you might not. I had actually never considered that if a starship can fly beyond the speed of light, and has lasers that travel at a bit less than the speed of light, would it be possible for a starship to shoot itself down? A few other things tickled me too like the sign on R2-D2's body that says '25c to see what the butler saw'.
Anyway, the artwork is superb and really gets the actors spot on. Mad isn't for everyone but you can't deny the cultural factor here. It's been around since 1952 and, like Star Wars, it is a part of American culture. In those early days of 1978, Star Wars had no chance of escaping the eventual Mad treatment. 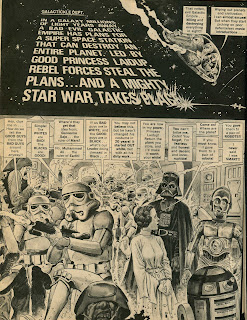 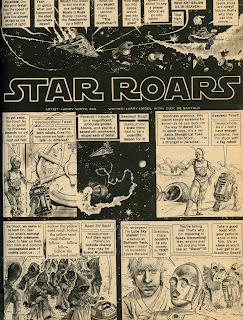 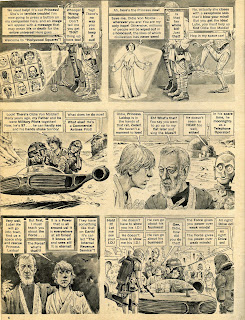 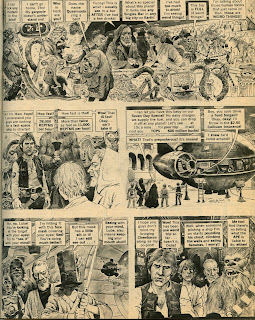 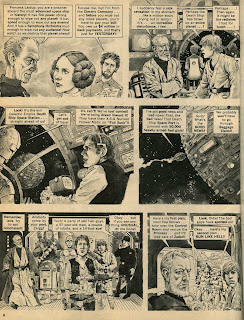 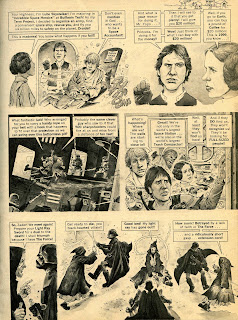 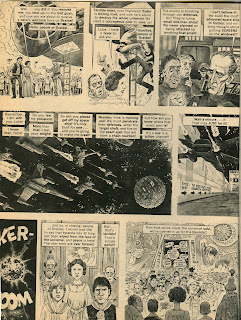 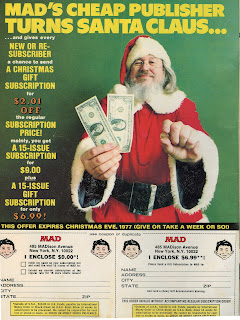 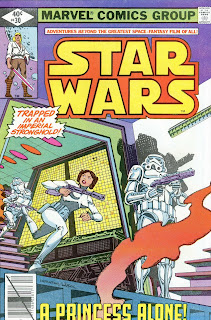 Issue #30 (from December 1979) was kind of a special one dedicated solely to Princess Leia. In it she travels to an industrial planet called Metalorn which is essentially a slave labor camp run by the Empire. Here she hopes to contact Arn Horada - her old tutor and inform him that the Imperial news broadcast that Alderaan was destroyed by a meteor shower was false and that the planet was in fact destroyed by the Empire. 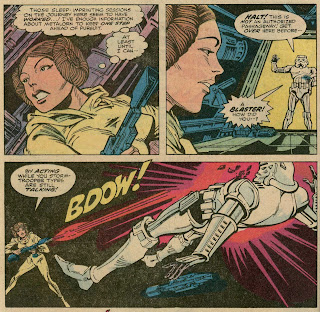 Donning a funky one-piece, Leia infiltrates the workforce and steals a Stormtrooper's rifle before going on the run through the factory complex. Baron Orman Tagge makes another appearance as a visiting Imperial authority and shows his exasperation at the bungling governor's failure to capture the rebel princess.
Leia hooks up with Arn in the cafeteria and passes on her message. Tagge turns up with his lightsaber to finish her off, but she is able to escape thanks to the help of Arn and a young girl.

As Leia's ship takes off into hyperspace, her pilot expresses his concern that the mission was a failure, but Leia reminds him that the message of hope to the planet's inhabitants is a more valuable victory.

Here we have an ad for Kenner's Millennium Falcon - probably one of the coolest toys ever made - iron-on transfers featuring the stars of yesteryear and a bunch of ads promoting Saturday morning TV. 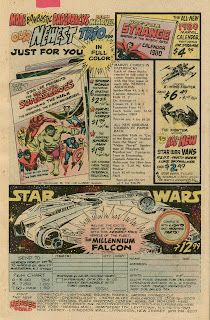 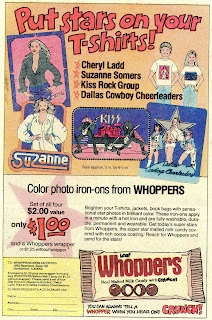 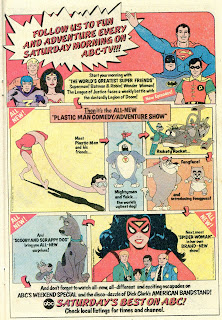 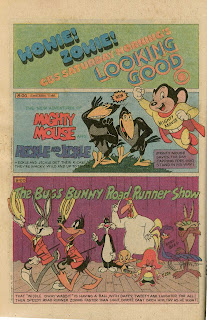 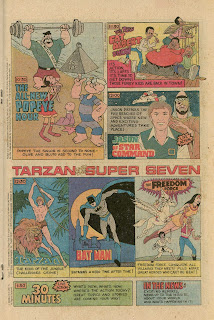 Well, the first twelve of them at least. 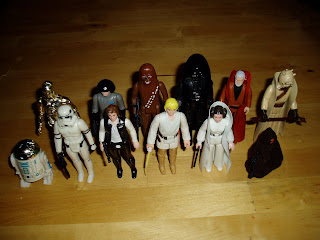 Recently I completed a small collecting dream of mine - to bring together a complete set of the original twelve Kenner figures. Not a particularly impressive feat in this age of Ebay, but I've been wanting to get my hands on the first line of Star Wars figures since I started collecting way back in my teens. It's taken me so long because I've often been distracted by the temptation of other collectibles and haven't always had a steady job to afford to indulge my little pleasures.
They're not in mint condition, but pretty good shape nonetheless. All are complete with original accessories. Now to make a start on the '79 wave!
at 7:00 PM 6 comments: