I only have one more of these packs to collect (series 1) before I have a full set, so I need to get on to that pronto. Meanwhile, here is series 2 which contained cards with the red borders. 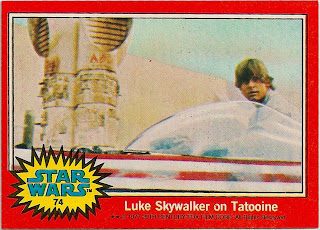 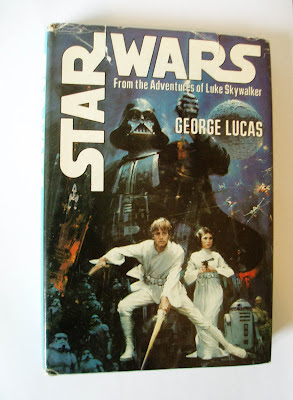 Nowadays, when a book is published, the hardcover edition usually comes first and then the paperback. But back in 1976, the Star Wars novelization (by Alan Dean Foster but accredited to George Lucas) first appeared in paper back. Then, came the hardback version with the gold border but before that, the Science Fiction Book Club put out a version for it's members with different artwork and, according to the excellent A Universe of Star Wars Collectables by Stuart W. Wells III, is the earliest hardback edition of the book. 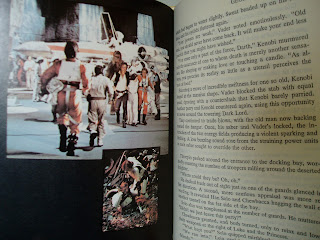 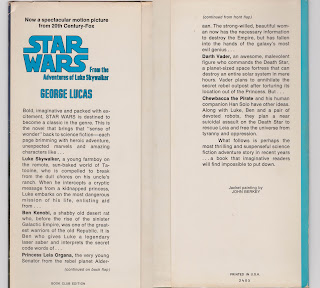 As with other editions, the book comes with plenty of full color stills from the movie. I also enjoyed the blurb from the inside flaps, especially the bit about 'Chewbacca the Pirate and his human companion Han Solo'! 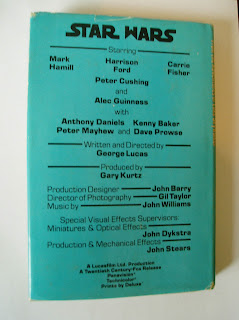 Also, check out that old school 'W' in the logo on the back cover! 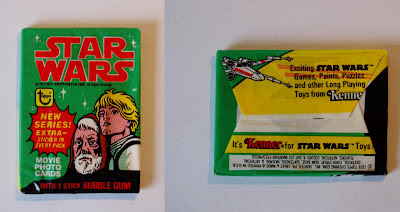 Series 4 seems to be the only series that had borders that matched the pack colours (green). 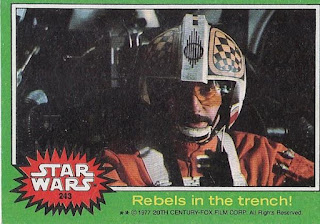 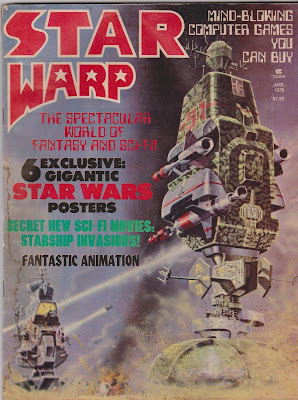 This is issue #1 of a cheap sci-fi magazine that lasted 7 issues. The '6 Gigantic Star Wars Posters' emblazoned on the cover is a bit cheeky as the so-called posters are merely black and white full page illustrations and seem to be part of a promotion for a 'Star Wars Portfolio' by artist Clifford Bird which can be sent away for. 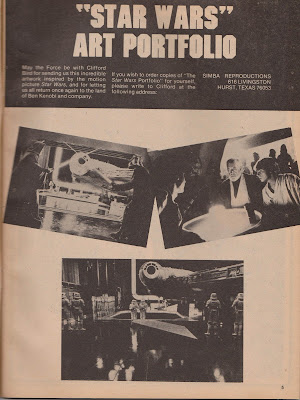 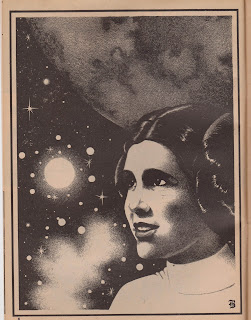 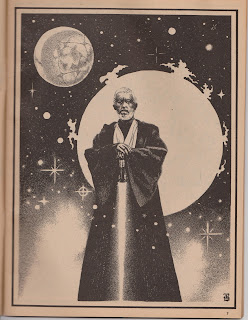 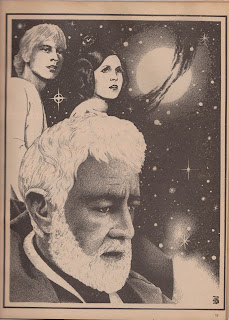 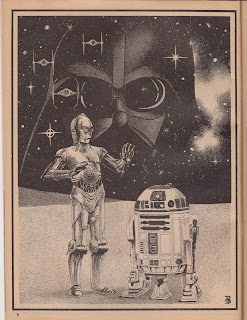 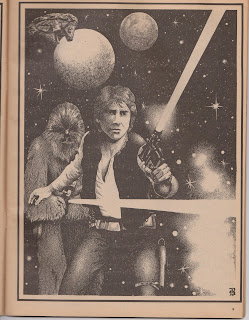 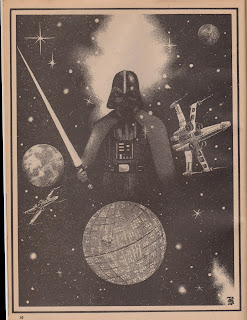 The rest of the magazine is a pretty good read with info on upcoming sci-fi flicks like Superman (1979) De Palma's Carrie follow-up The Fury (1978) and the Invasion of the Body Snatchers remake (1978). In an interesting parallel to the present cries of 'Hollywood has run out of ideas!' the writer calls for more originality in sci-fi films even to the point of dismissing the inevitable Star Wars sequels as mere cash-ins. I suppose back then the idea of a sequel matching its original in terms of quality was unheard of and nobody could have predicted just how good The Empire Strikes Back was really going to be. 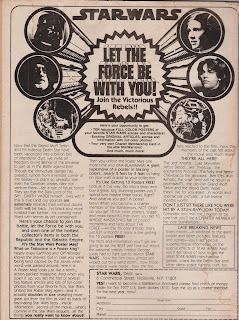 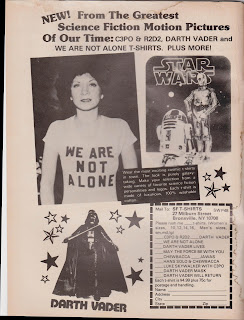 Elvis Presley died less than a year before this issue's publication and pages such as the one below make greasnapshots of the time period. 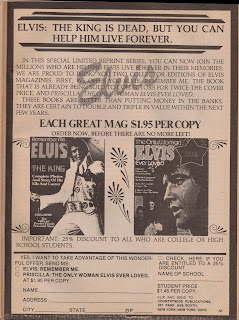 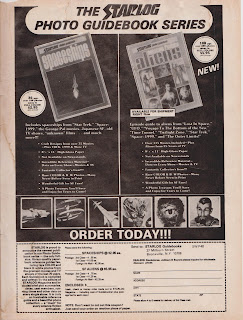