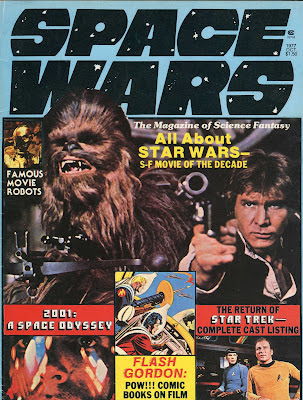 There was a ton of these cheap sci-fi magazines put out in the wake of Star Wars. This one's from October 1977 and also features an article on the future of Star Trek which had been a thing of reruns for nearly ten years. The magazine begins with a list of the greatest sci-fi movies including the conventional titles of Forbidden Planet, Metropolis, 2001: A Space Oddity and THX 1138, which, the magazine states, was due for a re-release in light of Lucas' more profitable movie. It's strange to think that most people reading this in the days before home entertainment wouldn't have had the chance to see THX 1138 as once it left cinemas after it's initial (and poor) release, it vanished into obscurity for several years. 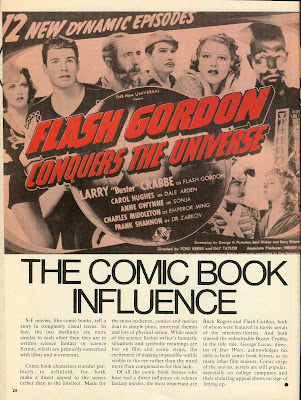 There's also a section on the classic serials that inspired Star Wars like Flash Gordon and Buck Rogers. I particularly like this little snippet of an article that looks at the easy translation of comic book sci-fi to cinema in regard to the relative difficulty of adapting ideas found in the novels by H. G. Wells and Isaac Asimov. 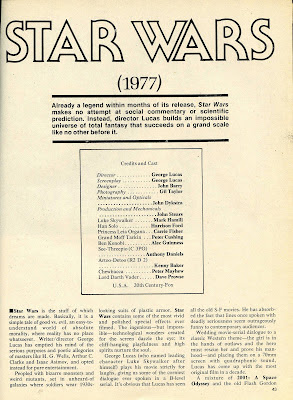 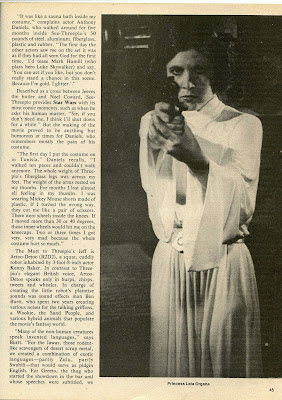 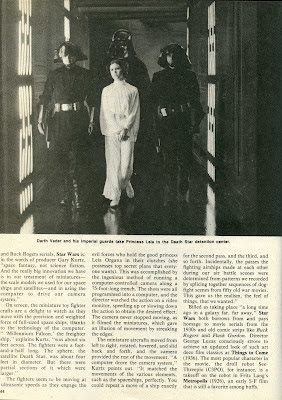 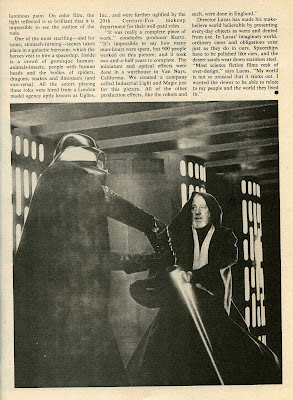 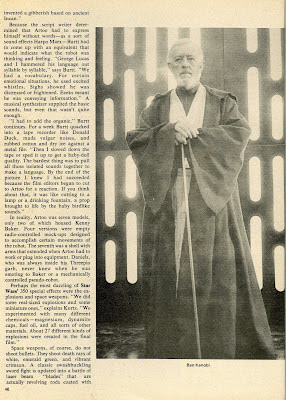 There was nothing in the article about the movie that I hadn't read elsewhere (particularly on the backs of trading cards for some reason) so I don't know if this was written first or compiled from other sources. But there's some good pictures here, the lightsabers in the Ben Vs. Darth pic are particularly nice I think. 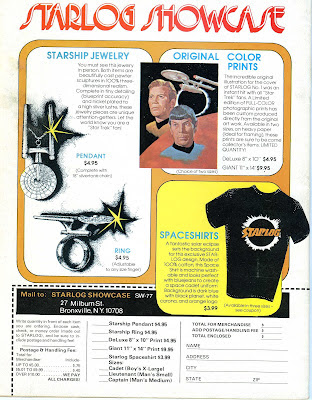