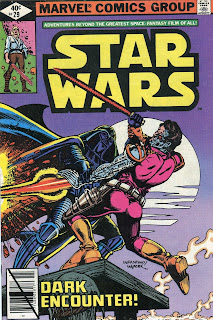 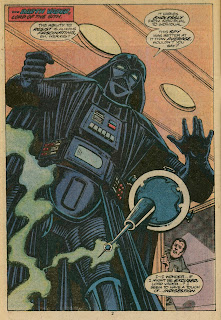 Issue #29 from November 1979 opens with a scene on a Star Destroyer and this cracking shot of Vader interrogating some poor sap. From this unfortunate, the Dark Lord of the Sith learns the name of Tyler Lucian; a rebel deserter who knows the identity of the one who destroyed the Death Star.

At the same time, our old friend Valance aka The Hunter is searching for that very same person on the planet Centares. After blasting his way out of a cantina not unlike a certain establishment on Tatooine, he makes his way to Rubyflame Lake, a body of acidic liquid heated by deep lava beds. In this lake is a towering citadel where we find Tyler Lucian (who looks a bit like Luke Skywalker with three-day-old stubble) hiding out and contemplating suicide. Valance approaches him and Lucian flees into his tower at the sight of Vader's approaching TIE Fighter. 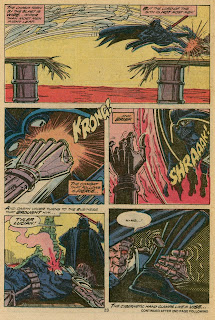 What follows is an almighty showdown between the cyborg bounty hunter and the Sith lord. Valance manages to knock Vader down but is soon diced up by the red lightsaber. As he walks away, Vader's ankle is gripped by the wounded Valance and the two of them nearly tumble into the corrosive waters below. Vader finally dispatches him once and for all and makes for the tower.

Having witnessed the altercation from a high window, Lucian finally summons some courage and takes the plunge, plummeting down to his death leaving Vader fuming and contemplating the continuing hunt...

There's a lot of nostalgia for the Saturday morning cartoons of yesteryear so I hope you enjoy the glimpse of what NBC had scheduled circa 1979 here. I remember watching most of these cartoons. More Marvel superhero goodies. Do kids today still have licensed lunchboxes? And a pretty large collection of Shogun Warriors follows... 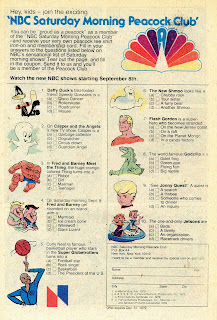 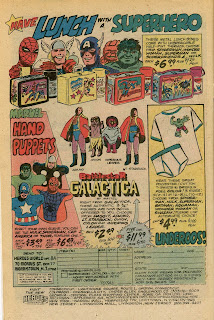 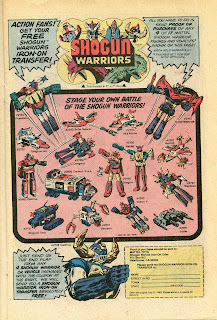 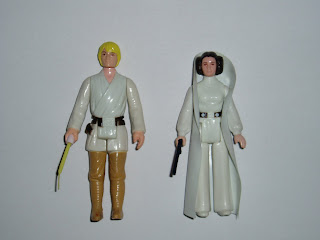 The hero and heroine of Star Wars! Oddly enough these two were the last of the original 12 I picked up mainly due to their being a bit more pricey than their plastic companions. Don't know why the major players from the movie should be the hardest to come by in action figure form, but there it is. 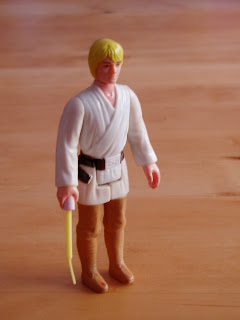 I have never found an explanation as to why Luke came with a yellow lightsaber. It's not like Kenner didn't have that colour plastic as Obi-wan came with the correct blue variety. Just one of those little oddities that make the Kenner Star Wars figures so charming.

In comparison to the weird and wonderful figures Kenner put out in this and subsequent lines, the Luke figure is a pretty bland affair, most notably the face. Now I know in this age of 'laser-imaging' to get good character likenesses on action figures, it's easy to be overly critical of efforts in bygone eras, but even for the 70s, this is pretty bad. I don't know if its the bright yellow hair or the generic 'plastic-man' face that bears no resemblance to Mark Hamil whatsoever, but this figure has all the identity of a Lego man.

Princess Leia, for some reason has been the most difficult (and expensive) figure for me to track down from the original 12. I would have thought that the slightly rare figures like the Jawa would cost me a few bits but not one of the major characters. I'm guessing that Leia figures are quite rare today because it was mostly boys buying these things back in their hey-day and not too many boys are willing to tread that thin line between action figures and 'dolls'.

This is quite a nice figure with good attention to detail on the hair. She comes with a fairly unique blaster of the small slim 'ladylike' variety. As with other white figures, Leia has a tendency to discolour over time.
at 6:07 PM 5 comments: