Entertainment Weekly recently posted an exclusive image of some artwork by Alex Ross done as an homage to Howard Chaykin's original cover for the Marvel Star Wars comic book. This celebrates the return of the franchise to Marvel after several decades with Dark Horse. This just looks awesome... 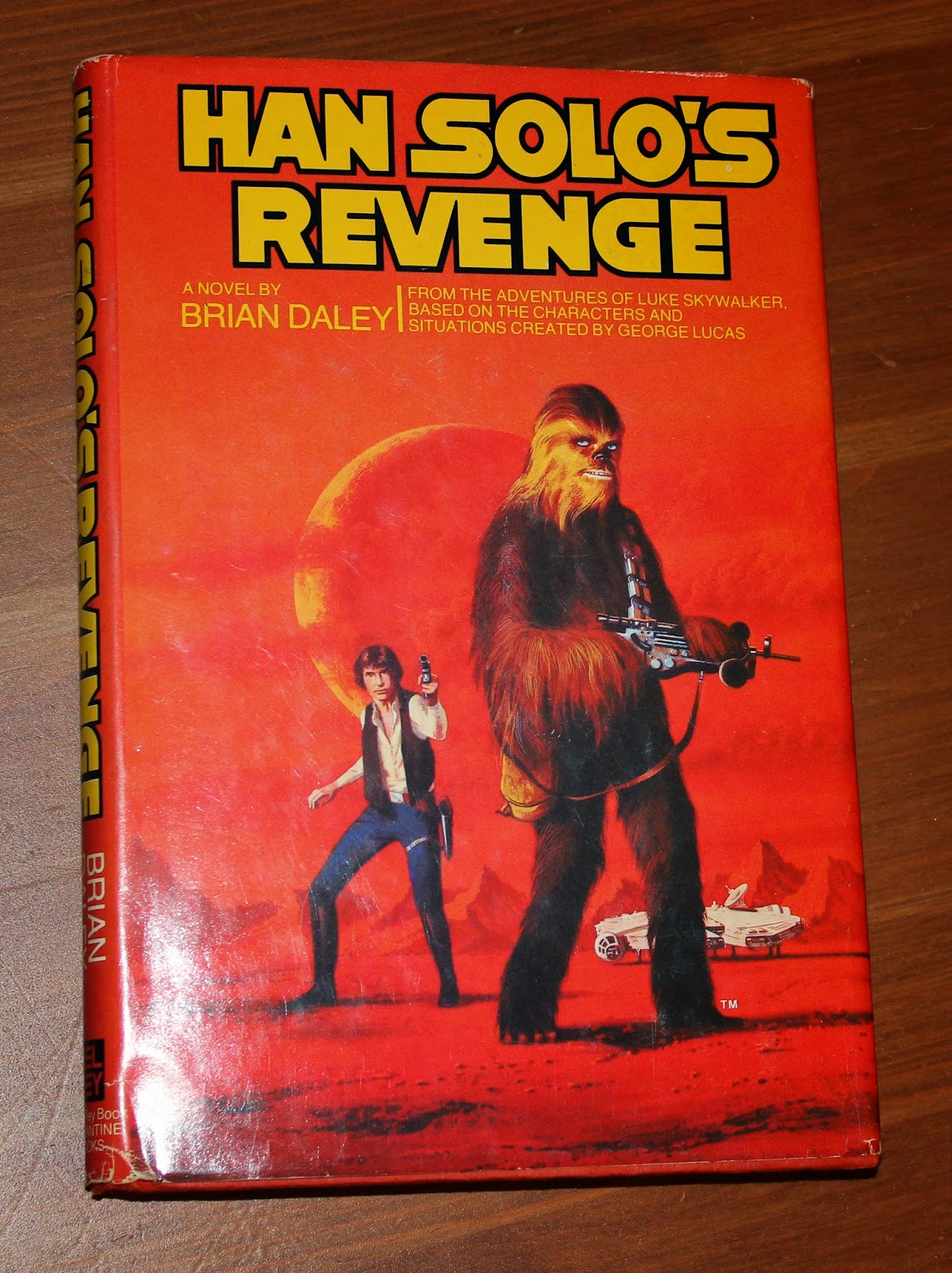 The second of Daley's Han Solo trilogy, this was published on Oct. 12 1979. This is the hardcover book club edition from that year.

Again, there is no Empire as the villains and the lack of Stormtroopers and TIE Fighters makes it all seem a bit 'un-Star Wars'. It opens with Han and Chewie hiding out on the planet Kamar and working some sort of sideshow racket; showing 'holodocumentaries' to the primitive natives. When that business venture goes awry they take on a job for a shady employer to ship an unknown cargo. That cargo turns out to be slaves and, not wanting any part of that, our heroes find themselves in a sticky situation as the slavers try to take command of the Falcon.

Intervention on the parts of the Falcon's resident droids Blue Max and Bollux (yes, you read that right) enable Han and Chewie to defeat the slavers and make for the Planet Bonadan where their treacherous employers intended to meet their contact for payment. Han is up for revenge as the title suggests and along the way he gets caught up with a Corporate Sector Authority agent called Fiolla who is trying to break the slaving ring and Chewie has his paws full with a rodent-like debt collector trying to repossess the Falcon. 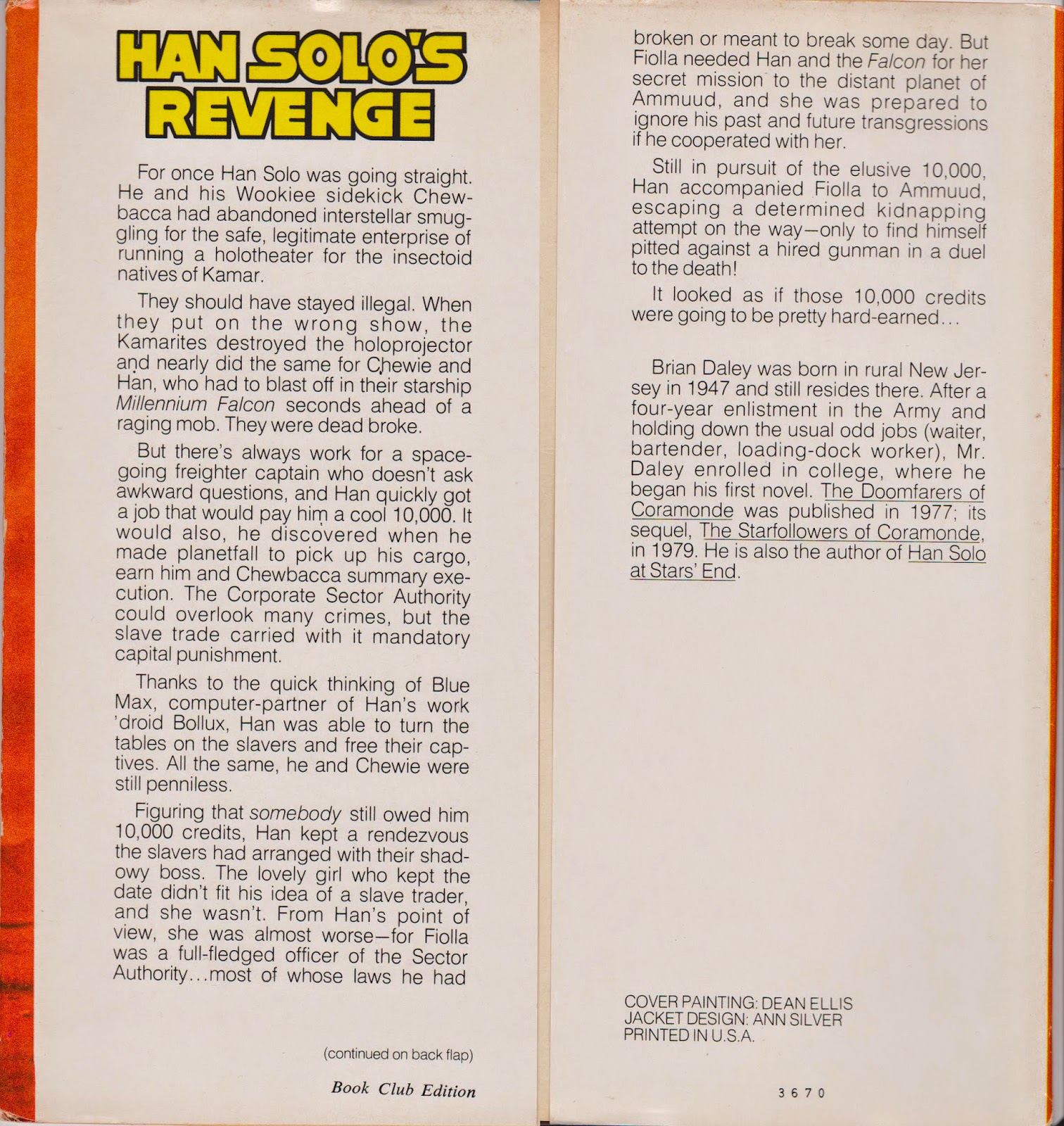 I'm continued to be surprised by the contributions Daley made to the Star Wars EU. In the previous novel I found out that Daley gave us Z95-Headhunters, vibroblades and Holocubes. In Han Solo's Revenge there is a thrilling 'swoop bike' chase. Different from the speeder bikes in Return of the Jedi, swoop bikes are more souped up and are essentially an engine with a seat. They crop up all over the place in the EU and off the top of my head I can remember a similar chase in Shadows of the Empire. 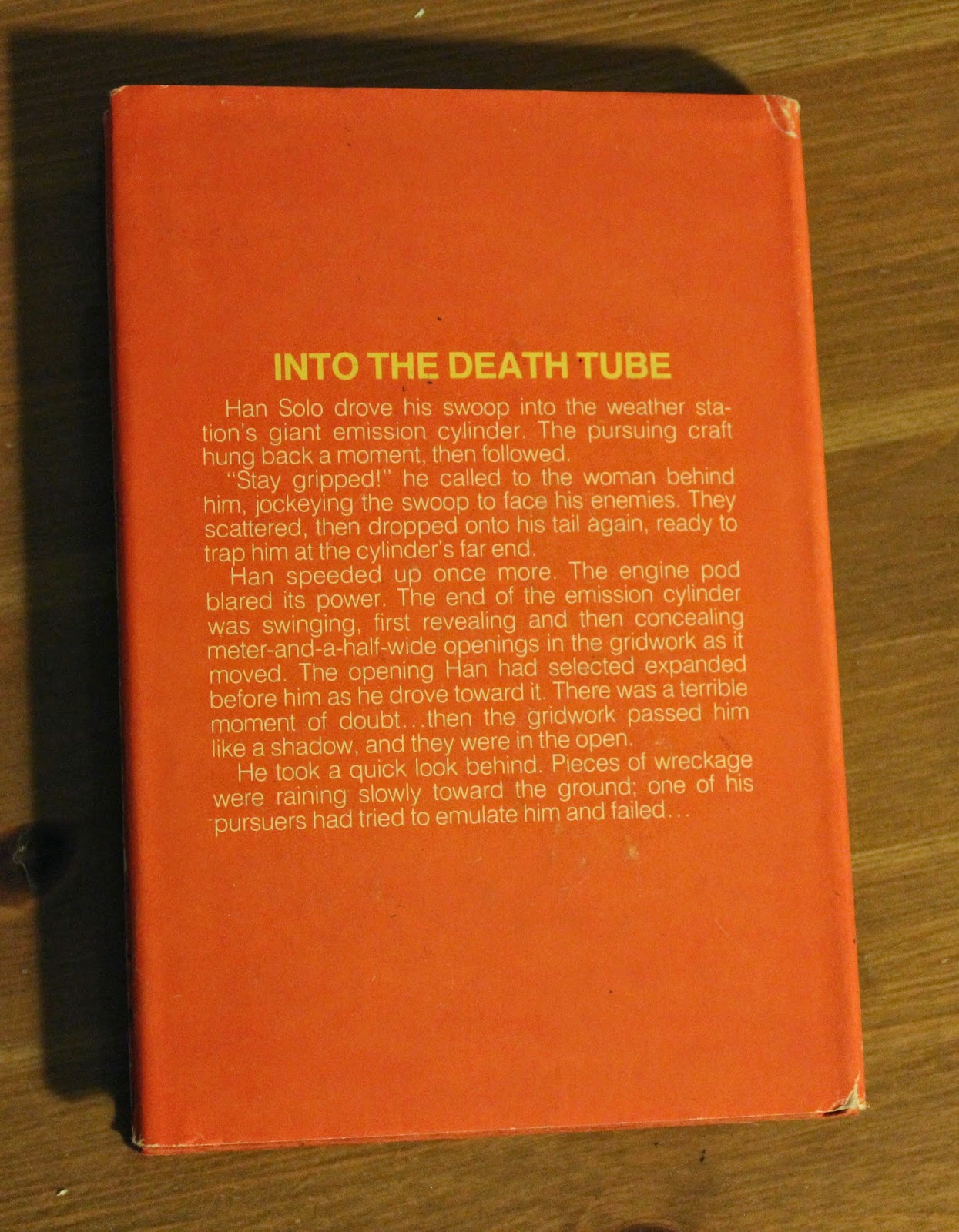 I thought this was a pretty cool story. A collector in England had one of those mail-away Kenner figures from the '80s which he bought for about £5. But it had never been opened. These figures were claimed by sending off the tokens from the cardbacks and were delivered in plain white cardbord boxes so it was impossible to know which figure was inside. Hoping that it may have been a rocket-firing Boba Fett (I don't think any of those were actually dispatched, but anyway...) the collector had the box x-rayed by Nottingham University which also produced a 3D scan of the figure. It turned out to be Emperor Palpatine but nevermind. Personally I just think it's cool to see an x-ray of a Kenner figure! 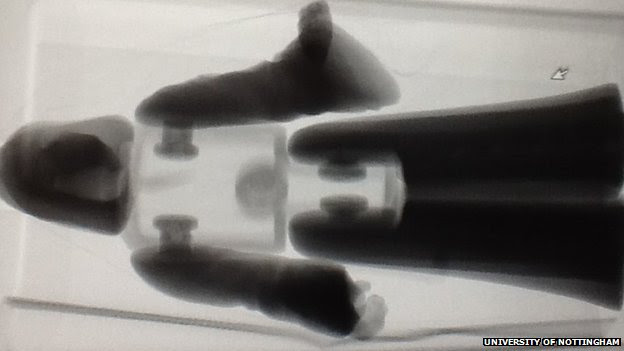