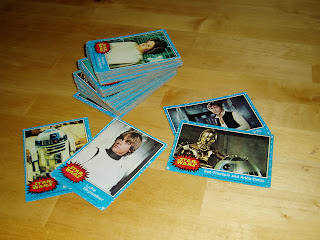 Until now, I've held out on collecting sets of Star Wars trading cards, deeming them beyond my budget. But it does appear that complete sets can be picked up on EBay for good prices. If condition isn't too high on your list of priorities. Admittedly, this set is a little tatty, but I prefer to consider it 'well-loved'. Mint condition cards are the ones that were never carried around in some young fan's pocket circa 1977, doing the rounds on the playground. 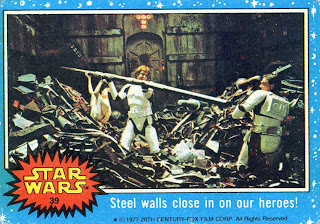 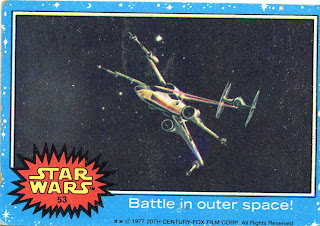 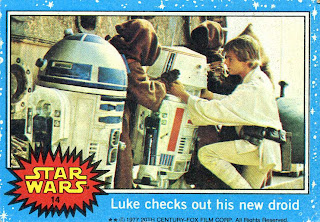 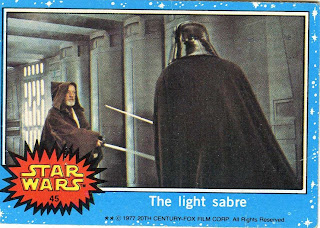 What I have here is the complete 66 cards that comprised Series 1. Each series had a different colour border (series one being blue). The images on the fronts range from scenes from the movie or promotional 'portraits' showing the characters. Stickers were also released within the packs, but these are often sold separately to the cards themselves nowadays. 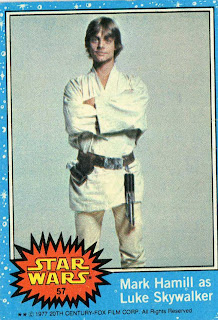 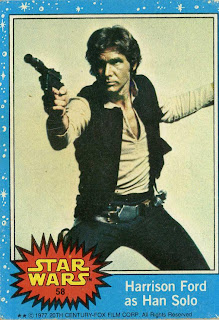 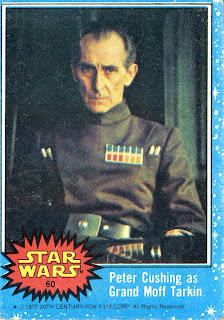 Several of the cards had bits of a puzzle on their reverse and formed two large pictures shown below (sorry about the glare). 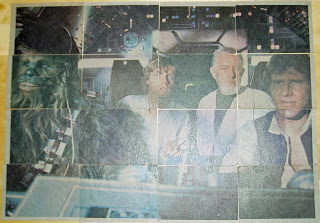 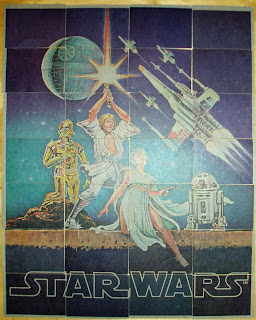 Other cards either had 'Story Summaries' or 'Movie Facts'. 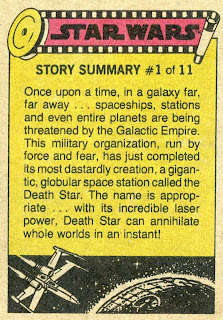 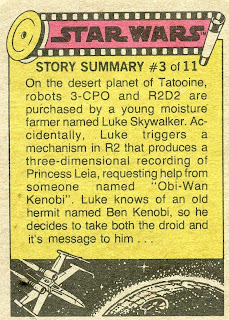 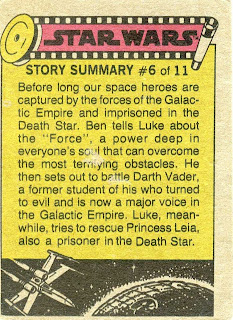 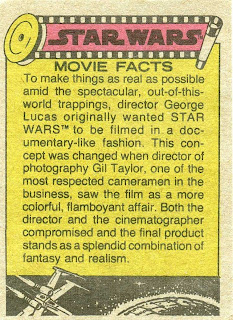 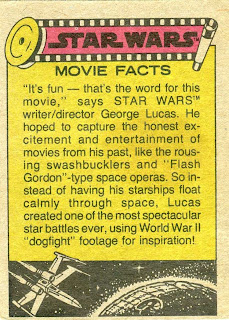 The first series of Star Wars cards that I colelcted were the yellow bordered ones, which I believe were the second series. I managed to get the red, green, and orange sets off ebay six years ago in mint condition for $30.00 each and it was well worth it.

As a kid, having the cards was as close as you could get in those pre-VCR days of Star Wars fandom. To actually be able to flip through one's cards and relive the excitement of the movie is a cherished childhood memory. Trading duplicate cards with friends, etc. Great times!

sokhengslovekhmer girl said...
This comment has been removed by a blog administrator.
October 12, 2010 at 11:35 AM


I am so glad read your wonderful article. Im looking forward to read more of your works and posts. You did a good job! Try to visit my site too and enjoy.